Loot, arms and motorcycle recovered, special friend turned out to be master mind

Details of the incident- Itarsi, a resident of Faridi Ubes, came to the police station Ratibar on 20.5.21 and reported that yesterday he was walking along the Bhadbhada Road pond in Ratibar area with his friend Shakir Ansari, when two boys from Shine Motor Cycle came to me. Stabbed the knife on the neck and looted it with the threat of killing 40000 ₹ (forty thousand rupees), kept in my pocket. After getting information by TI Sudhesh Tiwari on getting information from senior officials, the team became active immediately to resolve the incident.

Shakir Ansari, a partner of Faridi Ubez, was interrogated in which the police did not readily believe the statements given by him. The story came to light after he was broken into by Hikmat Amli, prudence and rigorous interrogation by the police.

On the day 19.5.21, the Fufairi brother of Faridi Uwais gave 40000 ₹ to keep at home, which became known to his special friend Shakir Ansari, then he started plotting to grab these money. Shakir took many places to turn Uwais in the same sequence. He took him to a deserted area on the banks of the pond at Bhadbhada. Under the pre-planned conspiracy, Shakir’s friends Subin Khan and Abdul Faraj came and put a knife on Uwais’s neck and his Robbed his Shine motorcycle after robbing 40000 ₹ in his pocket. The entire amount of the robbery, both the motorcycles used in the incident, the knives used in the incident have been recovered from the accused people. 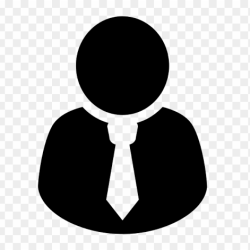